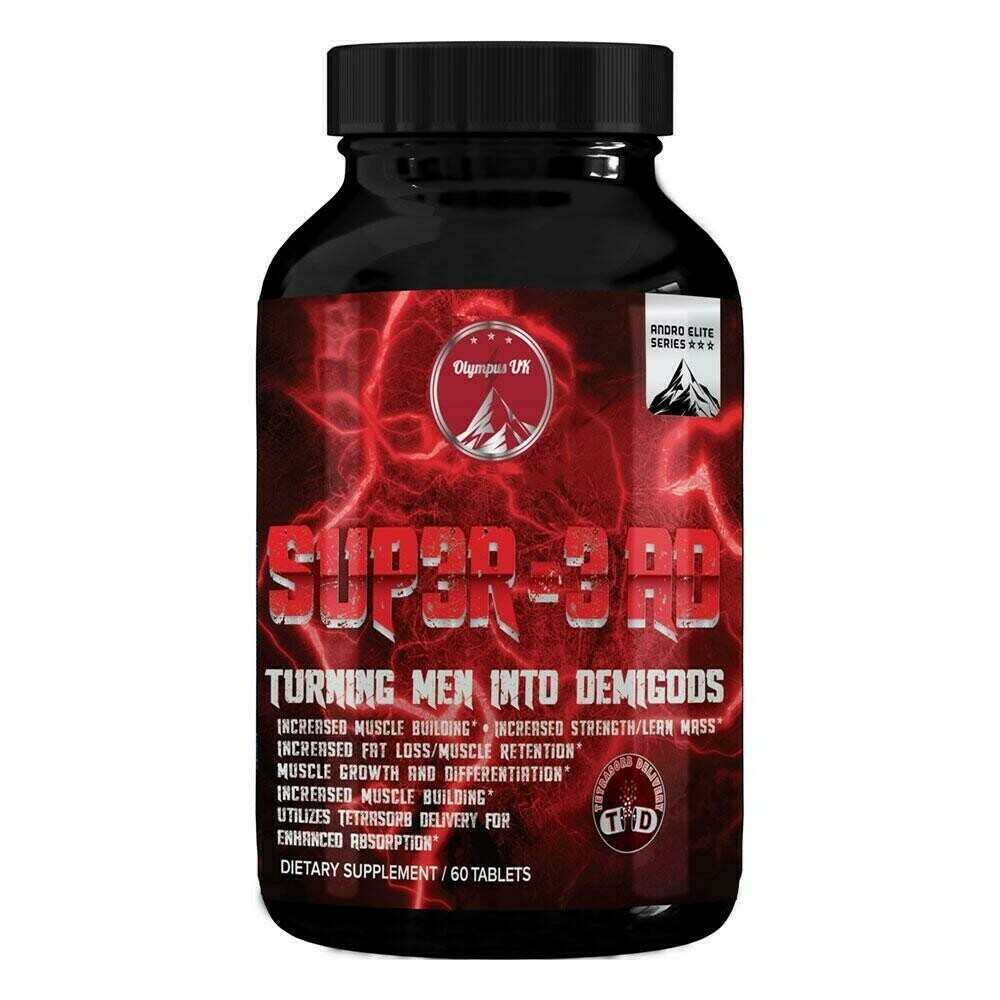 Dehydroandrosterol is the latest compound in muscle building prohormones to hit the market, and it is definitely a heavy hitter! One of the most defining ways to demonstrate the effectiveness of anabolic compounds is by comparing them to Testosterone and their androgenic potency vs various other androgens.

It is apparent that Dehydroandrosterol shows impressive androgenic potency, being about 3x stronger that Androsterone and possessing roughly 80% the androgenic strength of Methyltestosterone!

Furthermore, it has been shown that Delta-5 compounds like Dehydroandrosterol have an amplifying effect on most other endogenous steroids, so it not only has potent androgenic action on its own, but also makes an excellent synergistic addition to just about any other hormonal product.

While Androsterone is very similar to Epiandrosterone in structure (being the alpha isomer), it is however considerably more virilizing and neuroactive in its function, promoting an extreme alpha-male mindset, this sensation is commonly referred to as feeling “on”.

Additionally, it is also significantly more potent in its anabolic/androgenic effects compared to its beta isomer counterpart. This makes Androsterone an excellent pre-workout addition to enhance alpha attitude and competitive aggression.

3-AD combines the sheer power of Dehydroandrosterol and Androsterone with TetraSorb Delivery™ absorption enhancement, which will transform a mere mortal into an Alpha Demigod, promoting extreme gains lean mass, strength and unbelievable recovery.

So what effects will 3-AD provide?

TetraSorb Delivery™ is a new and innovative capsule technology that offers huge advantages over ordinary capsules. The issue with normal capsules are premature releases of ingredients into stomach acid, which ruins ingredient integrity and robs you of the full benefits of the supplement.

It provides extreme protection against premature releases and subsequent breakdown of capsule content. Meaning poorly absorbed compounds such as Epiandrosterone are now able to be more efficiently and effectively absorbed for maximum results!

TetraSorb Delivery™ consists of four primary ingredients. Two absorption enhancers which encourage the oral uptake of a multitude of compounds, and two metabolic modulators that help prolong the activity of ingredients by the attenuation of key enzymes.

All in all, it will allow much higher levels of Dehydroandrosterol and Androsterone in the body, levels several times greater than normally achievable.

At Olympus Labs we don't sell the consumer short, this enhanced delivery system is included in addition to the un-matched 15mg Dehydroandrosterol and 30mg Androsterone per capsule dosing.

Save this product for later

If you are looking for a local gym or fitness center...