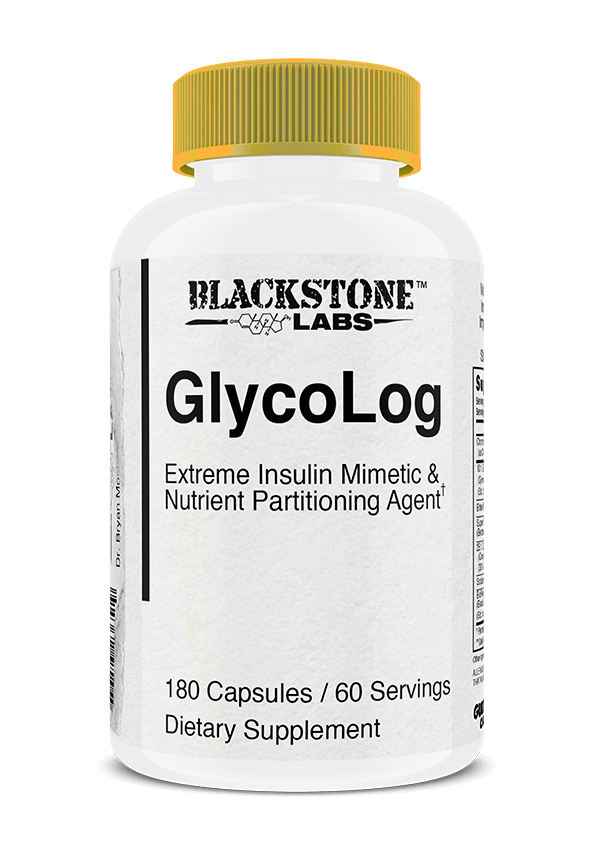 Carbs have gotten a pretty bad rap in recent years. They’ve become outcasts, shunned by everyone from celebrities to soccer moms and even high-level athletes, who need them more than anyone else!

Carbs have been painted as disgusting little vermin that do nothing but make you fat, lazy, and disgusting. The reason is that eating carbs increase insulin, the body’s storage hormone. Insulin can either shuttle carbs into fat or muscle depending on your genetics, and for most individuals, they have poor genetics, which means eating carbs inevitably leads to increased fat.

That’s where Glycolog comes in. It hacks your genetic code to make insulin work for you, not against you. Glycolog acts as a nutrient partitioner, directs those carbs you eat into your muscles and not your adipose tissue.

Using Glycolog means carbs are back on the menu again, and they’re bringing some serious lean gains with them!

Instructions: As a dietary supplement, take three (3) capsules with a high-carb meal two (2) times per day. Do not exceed six (6) capsules daily.

Save this product for later

If you are looking for a local gym or fitness center...